These window tint films are 4-8 mil thick and provide a clear protective barrier to protect glass, stone, stainless steel and other smooth surfaces from damages caused from paint, acid etching, 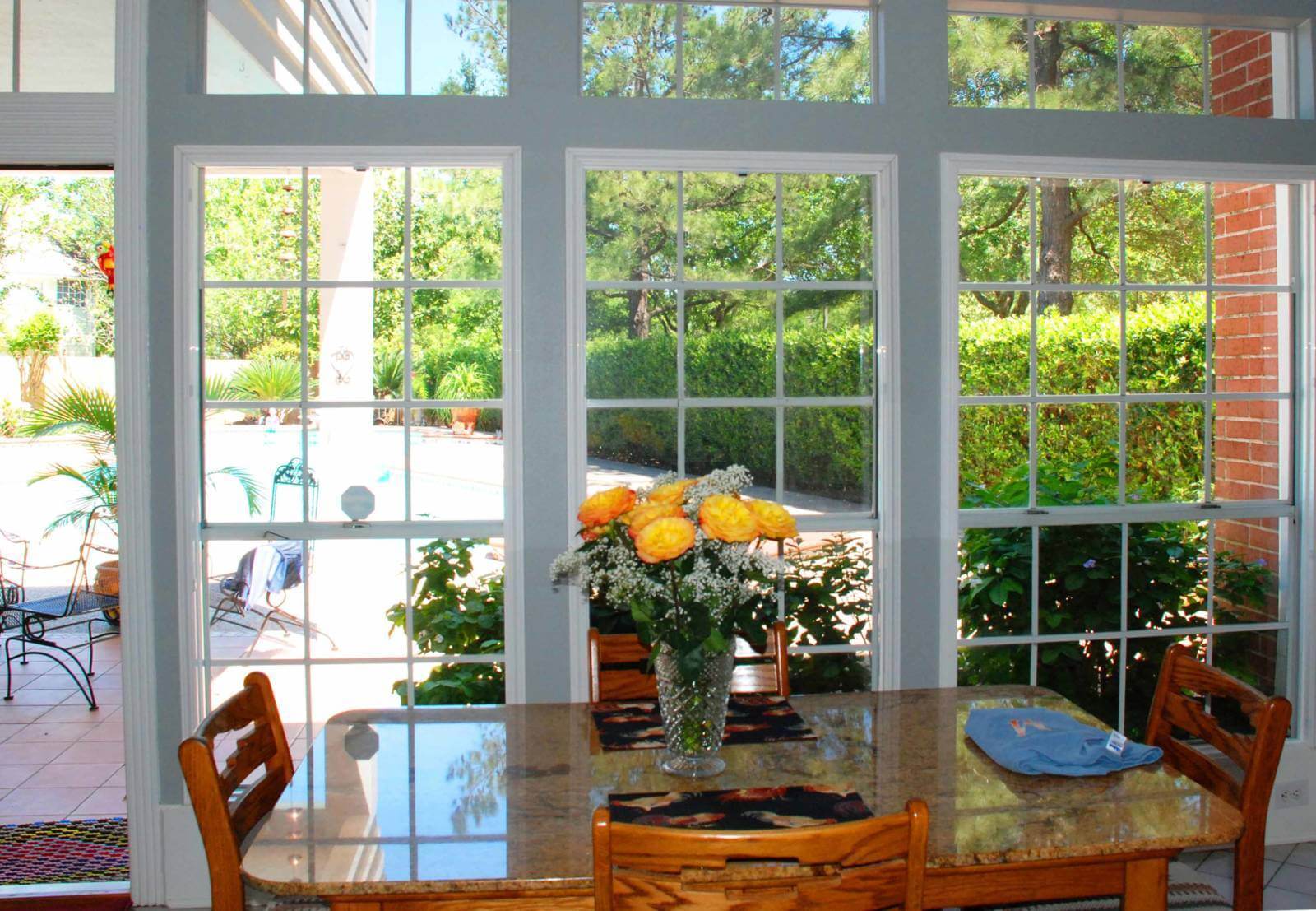 Window film can be used to create a one way mirror effect.  This allows you to see through one side of the glass while people on the other side see only a mirror finish. you can do this by using lighting.  Typically most people see this on the police shows where they have someone in an interrogation room and others standing outside the room looking through a window that is a mirror from the interrogation room side.

This type of window tint film derives it color and solar blocking capabilities from a dye.One of the oldest in market also. The films can have virtually any color you can imagine due to the ability to choose any color dye.  They have a low reflective surface which is nice if you are not a fan of the reflective types of films available.  The down side to this type of product is the dye is not as color stable as metals or ceramics used in other film types.  As the dye discolors and fades it loses ability to perform the initial heat block that it had.  Heat blocking on these films is primarily achieved through absorption.

These films use metals to achieve the heat blocking capabilities. How dark it is determines the density of it also.  The heavier the coating of metal the darker the film and the more reflective it typically becomes.  The heat blocking capabilities of these films are provided through absorption and reflection of the suns energy.  These films are typically very stable and long lasting.  Unlike the dyed window films, these metal films are not prone to color change or lose of heat blocking abilities.  There are a variety of ways to metallize the films such as electron beam coating, vapor coating and sputter coating.  Electron beam and vapor coating are older techniques.

This is the newest film on the market. This film is know for its heat blocking In fact it was ceramic tiles on the space shuttle that kept it from burning up during re-entry into our atmosphere.  Ceramics are extremely durable and resistant to degradation.  They can be used in areas such as along the beach where you have a high concentration of salt in the air that can cause metals to corrode.  Ceramics are impervious to the marine salt air environment and are 25 times more durable then a metal or dyed film.  Another benefit to the ceramic film is the ability to provide heat blocking without the reflective finish of the metal films.  The fact is that ceramic films can typically out-perform metal films in heat blocking in lighter shades.

Metal or ceramics make this window tint film.  These are very advanced film types and typically use a combination of metals or ceramics to achieve the cancellation of the infrared wavelengths.  If they use metals then it is usually Gold, Silver and Indian Tin Oxide or Iridium combinations.  The Ceramic versions of this type of film are less expensive typically however not quite as effective. You may choose a ceramic variety of this film to get this technology at a more affordable price.  These are very effective films with little downside other than price.